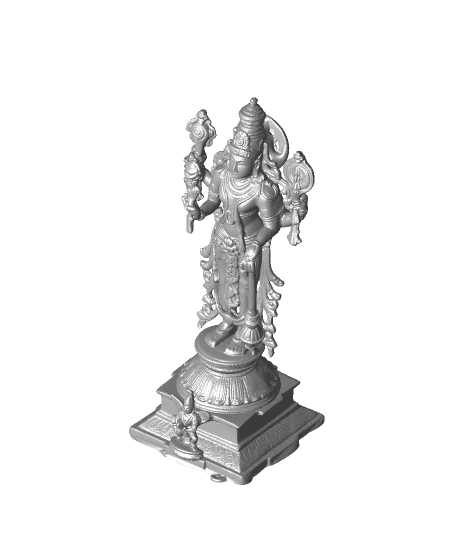 No photos added yet, be the first to upload a photo!
This model is restricted by licensing terms.
View license.
1 Likes67 DownloadsNovember 13, 2021

Vishnu is the one of the three principal deities of Hinduism - Brahma the Creator, Vishnu the Preserver and Shiva the destroyer. Vishnu is the god of Preservation, the great maintainer who often appears in various incarnations (avatar) to provide salvation for humanity. His appearances are innumerable; he is often said to have ten avatars—but not always the same ten. Vishnu’s vahana, his vehicle in the world, is the eagle Garuda;Seen here sitting at his feet ready to carry his master through the heavens. Hindu tradition describes Vishnu as the all-pervading essence of all beings, one who supports, preserves, sustains and governs the universe and originates and develops all elements within. Vishnu is also venerated as the Supreme God who is the giver of moksha (liberation from the cycle of rebirths) to his devotees, the worthy ones who deserve salvation from the material world. Vishnu can be identified by the attributes he holds in his four hands. The historic identifiers of his icon is a conch shell between first two fingers of one hand (left back), a chakra – war discus named Sudarshana – in another (right back). The conch shell is spiral and symbolises all of interconnected spiralling cyclic existence, while the discus symbolises him as that which restores dharma with war if necessary when cosmic equilibrium is overwhelmed by evil.One of his arms sometimes carries a gada (club, mace named Kaumodaki) which symbolises authority and power of knowledge. In the fourth arm, he holds a lotus flower (padma) which symbolises purity and transcendence. As a kingly figure, Vishnu is adorned with an elaborate crown and jewellery, including a necklace, earrings, armbands and a girdle. 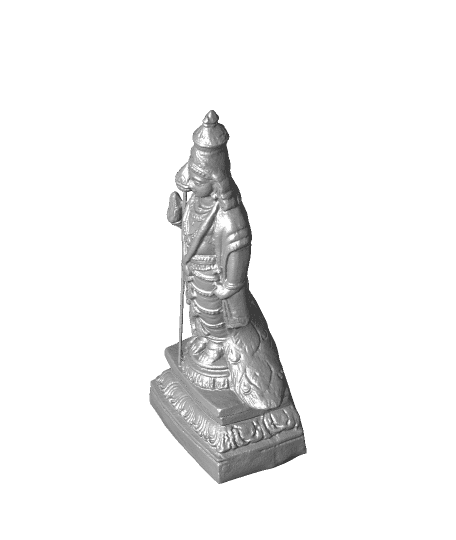 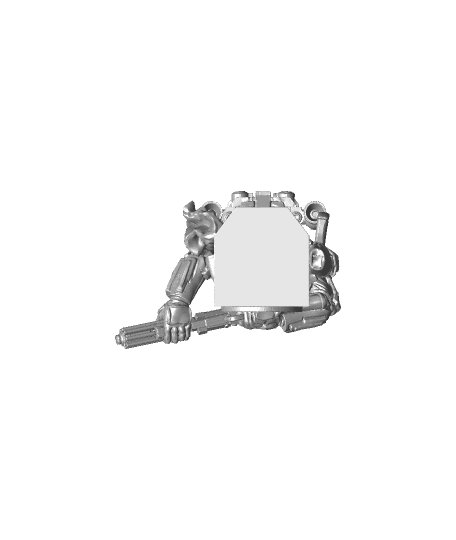 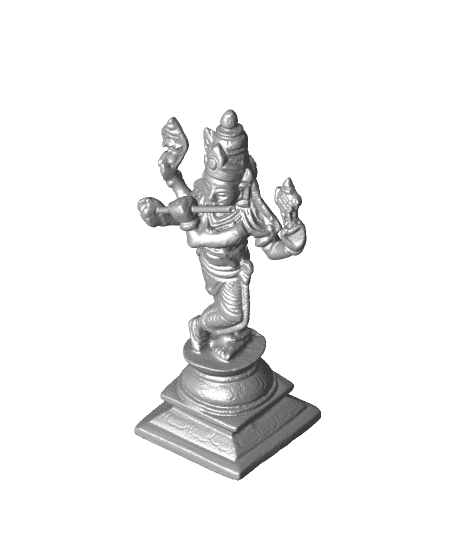 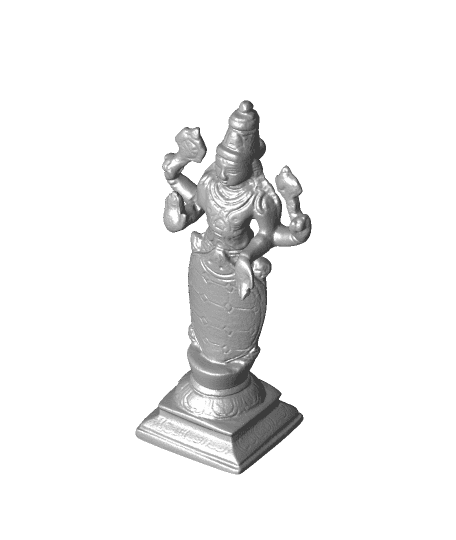 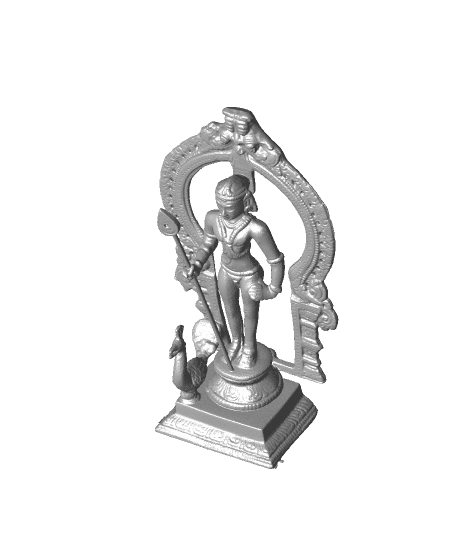 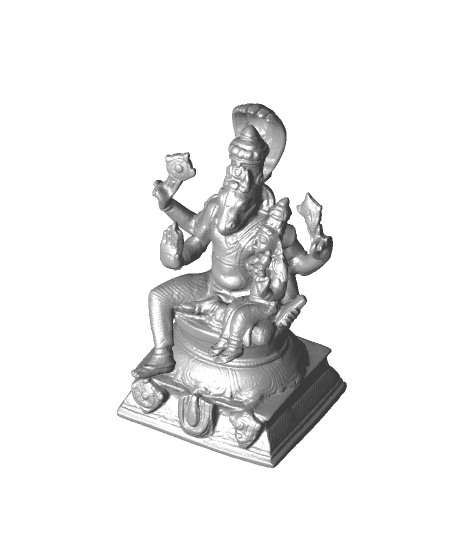 Hayagriva - God of Wisdom, with Lakshmi 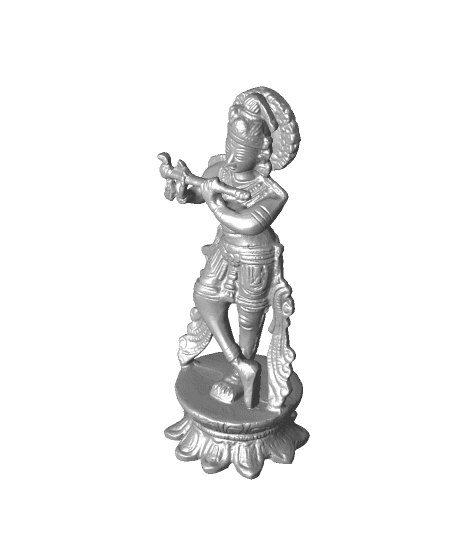 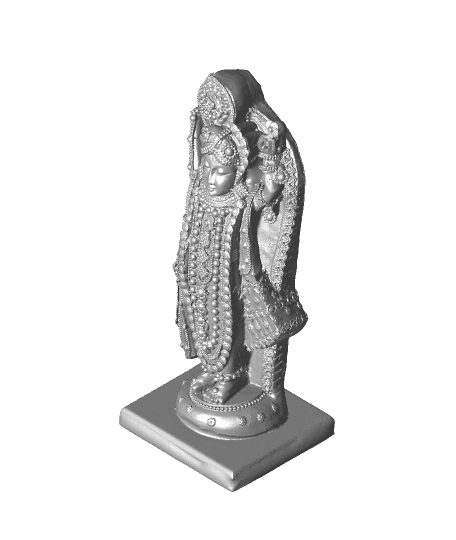 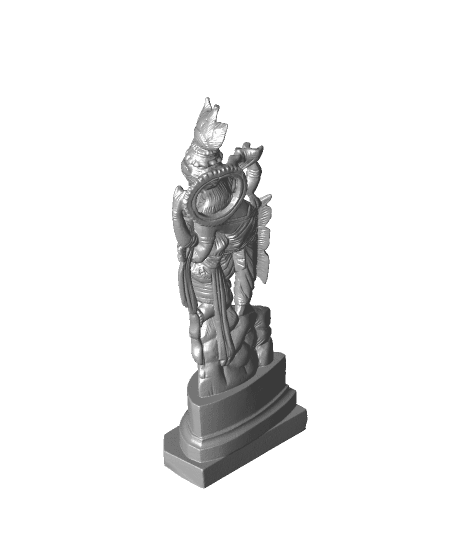 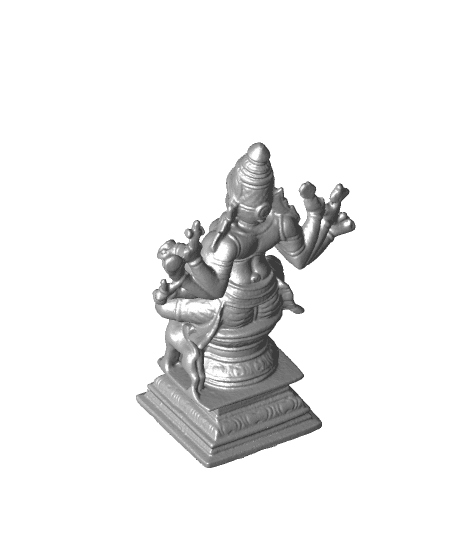 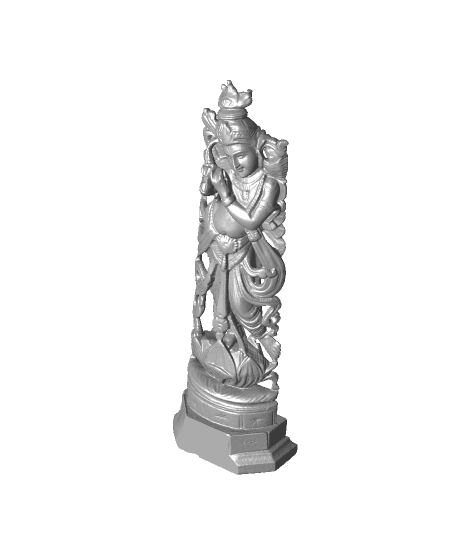 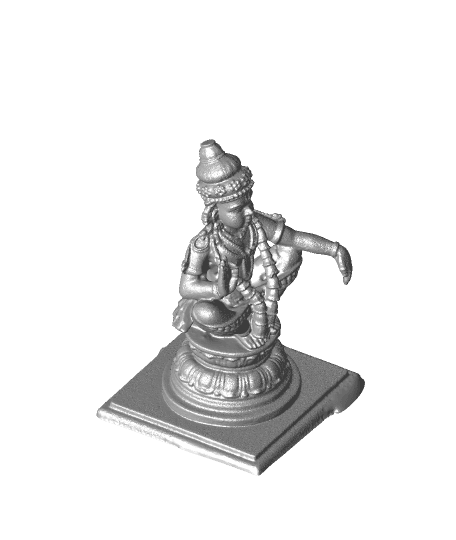 No photos added yet, be the first to upload a photo!
This model is restricted by licensing terms.
View license.
1 Likes67 DownloadsNovember 13, 2021